I had a few ideas for different posts I wanted to do today, however after seeing Anjulie Te Pohe‘s awareness-raising post ‘Pacific Islander Books and Erasure’ I decided that I wanted to bring it to others’ attention as well. As Anjulie explains, “Though there are many Pacific Islander (PI) books they aren’t often discussed in the book community. This was highlighted in Asian American and Pacific Islander (AAPI) Heritage Month in May when Pacific Islanders were all but erased from the conversation.”

As a white, British person I was struck firstly by the fact that I have never even heard of Asian American and Pacific Islander Heritage Month. My country seems to *just* about manage Black History Month and Pride month (but even then it entirely depends on where you are), and sadly many other important months are entirely forgotten about or disregarded. I was even more surprised that I had not heard of it from the book blogging community during the month of May or throughout my many years of tumblr. It wasn’t until Anjulie’s post that I became aware of it.

And this is a massive part of the problem. Not only is AAPIHM erased by many countries, but, as Anjulie demonstrates, Pacific Islanders continue to be erased even within AAPIHM. For Anjulie, this was exemplified in the book community throughout AAPIHM where, despite dozens of lists featuring books for AAPIHM, almost none of these included books by PIs. Having looked through the list provided by Anjulie myself, almost all of the works included by others were by or about Asian-American’s or Asian people. On one list, there were 52 books selected by the Los Angeles Public Library. Of these books, only 1 book was set in the Pacific Islands (Hawaii) but it was focused on the life of a Korean man. The list also included multiple works by or about Egyptians (which is in Africa, not Asia or the Pacific Islands). Whilst it is obviously important to include the works of Asian and Asian-American’s, I was surprised at just how deep the erasure of PIs ran. Anjulie believes that this is in part due to the conflation of Pacific Island and Asian identities which result in many people not knowing what the Pacific Islands are. Anjulie explains the difference between the Pacific Islands and Asia as follows:

As a trans person I know that awareness months can sometimes perpetuate the erasure of further marginalised people within their communities (see Trans erasure at Pride and by the cis gay male community). Whilst the month itself (or organisations themselves) can intentionally/unintentionally erase marginalised communities, there can often be good information online. I set off on google to try and find a list of books which I could add to my TBR list, as I only have 5 PI books currently,  and raise awareness about them in the book community. However, instead of information about PI books, I found lists which further added to the frustrating, worrying and saddening erasure of PIs.

Upon googling the terms “Pacific Island books” or “books by Pacific Islanders” I was immediately directed to two Goodreads shelves. Usually, I find Goodreads shelves/lists really helpful for raising awareness about marginalised authors. The second result gives you ‘Pacific Islander Authors’ which only contains 7 books. The first result, ‘Popular Pacific Islander Books’ looks a lot better at first glance. But having looked through the entire list it is almost entirely dominated by white authors, colonial ethnographies and travel guides. There are some really great works on there by PIs but it is literally like finding needles in a haystack.

Finding PI authors should not be so hard.

I spent 2 hours going through the list picking out works that are by PIs, but I know that most people will not invest that much time or effort into their research. Instead, they will either happily defer to ignorant (and at times downright racist) books by white authors, or give up looking. Anjulie will be doing an amazing Pasifika Spotlight blog series soon which will highlight PI authors, so please support her and keep an eye out for the spotlight coming soon!

In the meantime, I have pulled out the PI authors from the Goodreads list and made a list of my own to archive, celebrate and make more readily available PI authors and their works. I don’t think I have seen anyone mention a book written by a PI through the diverse book community as of yet. We need to be doing a much, much better job as the book blogging community to bring awareness to PIs and include them in our journey to #readmorediversebooks. The list I’ve made is one of those weird voting lists on Goodreads so you can continue to add books to it and help the list to grow. Please spread the list around! 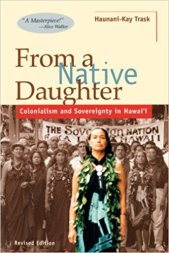 2 thoughts on “The Erasure of Pacific Islander Books”