The Original Blues by Lynn Abbott and Doug Seroff is a fantastic book which provides a detailed account of the popularization of the blues as it emerged out of black vaudeville in the South during the late 19th century. Although much has previously been written on the Blues, many date its emergence during the 1920s when the first Blues records began to be recorded. However, Abbott and Seroff date the Blues much earlier to what they call ‘the Original Blues’ as it evolved within black vaudeville and how it came to form a ‘righteous compact’ between performers and the black community against minstrelsy.

Spanning across five chapters with two ‘interludes’, Abbott and Seroff have meticulously used a variety of primary historical documents, particularly photographs and adverts from late 19th and early 20th-century American newspapers, to bring this era alive and map this evolution in a way which I have not previously seen. They provide us with an incredibly in-depth picture which starts with the birth of Southern vaudeville in saloon theatres and park pavilions, takes us through some of the most important male and female figures in southern vaudeville, and ends with a thorough exploration of the commercialization of the Blues from 1920-1926.

As someone who has long been very interested in early Blues from the South but whose knowledge starts and stops with Ma Rainey and Bessie Smith, The Original Blues was wonderfully informative and thought-provoking. As a reader, we are invited into the world of the Original Blues to meet some of its shining stars and blues pioneers such as the infamous Butler ‘String Beans’ May, Virginia Liston, and Trixie Smith alongside an in-depth look at the type of world they resided in. During the birth of southern vaudeville and the books ‘first interlude’, we became thoroughly acquainted with the changing face of vaudeville during the era of Jim Crow. The proliferation of black vaudeville during this time gives us an insight into the importance of black vaudeville as a form of resistance against endemic racism through the use of comedy, parody, and soulful songs. The popularization of the blues was not just commercial; it was artistic and it was political. It spoke to African-Americans all over America and gave them a platform for a resistance which refused to cater to white people.

Overall, I found the Original Blues to be a fantastic resource in which to learn more about southern black vaudeville and its evolution into the blues. Yet, as someone who was reading this book for leisure, rather than for academic interest, there were elements that I really struggled with. For example, although the Original Blues was very interesting and informative, it was also very long and, in some places, quite dry. During the first and the last chapters, there were 384 notes in each chapter! It does a great job at presenting us with an objective, historical account of events and people, but as a result is less dynamic and entertaining than popular history books are. Personally, I feel that it is much better as an academic text rather than as one for leisurely interest.

Additionally, I felt that the individuals became lost in the Original Blues efforts to 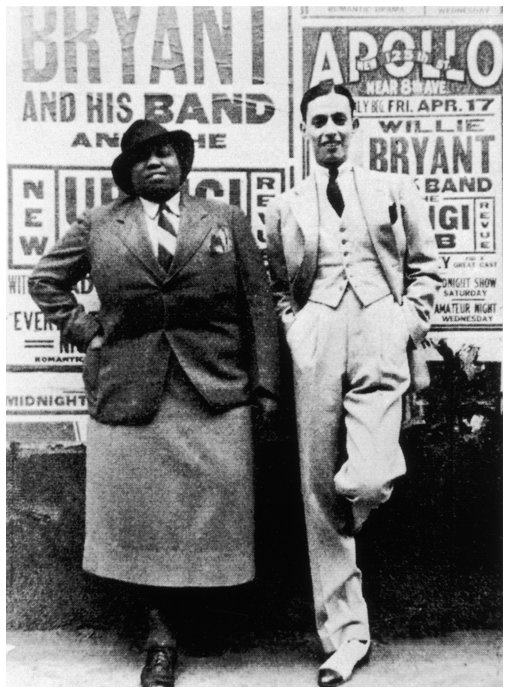 provide such a comprehensive account. I was somewhat disappointed in the objective, biographical accounts of the vaudeville performers in a way which removed much of their agency, intrigue, and resistance. In the research I have previously done on the Blues, songs by the Blues Queens were an integral form of resistance against white patriarchal norms. For example, songs by actors like Ma Rainey and Bessie Smith made multiple references to bisexuality in a way which freely expressed their identities and acted as powerful forms of resistance. It’s a shame that important topics such as these could not find a place in the Original Blues, something which I personally feel are such integral elements of the Blues.

“When you see two women walking hand in hand, just look ’em over and try to understand: They’ll go to those parties—have the lights down low—only those parties where women can go.” – Bessie Smith ‘The Boy in the Boat’.

This does not, however, downplay the importance of the Original Blues. It is definitely a book that I would recommend others to read, especially any who are interested in the Blues and/or vaudeville. Many thanks to the University of Mississippi Press for allowing me to read the Original Blues through NetGalley.