The Winter Holidays can be tough on many of us. It’s often a time when a lot of difficult circumstances and experiences arise during the times when you least want to (or are able to) deal with them. It might be the first (or even tenth) holiday season without a loved one, where you’re without a roof over your head, where you struggle to cope with addiction or family members who are addicts, where you have no money for heating let alone any presents… the list goes on. This Blogmas I wanted to acknowledge the difficulties that many of us face during the winter holidays and talk about my own experiences of being trans during this time. Obviously, trans people are not a homogenous group so rather than generalize the ‘trans experience’, this post will explicitly be about my own experiences and I welcome other trans people to add their voices too.

7 years ago, I was sat on the sofa of my supported housing carers staring at the phone. It was about mid-December and I had promised myself that I would not endure another Christmas with my family using my birth name and misgendering me. I had come out to my mum at the end of September, leading to me being kicked out of her house and ending up in an LGBTQ supported housing placement with two lesbian carers. After my mum’s reaction, I had been terrified of telling my nan, her husband, my uncle and my aunt. I had tried writing a letter to my nan and her husband coming out to them but had had no response. During the few times when I spoke to my mum, she told her that they hadn’t mentioned anything to her about it. Had my nan read the letter? Did she even receive it? Time was ticking and Christmas was fast on its way. I needed an answer. If I was going to spend Christmas with them, I needed to do it as Avery. If they couldn’t manage that, then I wouldn’t go. But how would I find out what the situation was?

In the end, I had approached my carers and told them that I would phone my nan to find out what was going on. I was terrified. I remember sitting on that grey sofa trembling while staring at the phone. I felt like I was going to have a panic attack. I wanted nothing more to avoid having this conversation with her, but the thought of having to endure a Christmas with them using the wrong name and pronouns made me feel even worse. Eventually, I picked up the phone and called. The moment she answered the phone, I knew. I knew she had read the letter.

I won’t go into too much detail here because to be honest it was 7 years ago and I don’t remember a whole lot of the conversations. The bits I do remember are horrendous and I try to forget them. The last words I ever heard my nan telling me was that she wished I had died 2 years before when I attempted suicide at age 16 and to call her in 5 years and tell her how happy I am with my life. It was the worst conversation I have ever had. Needless to say, I did not spend Christmas with my family and nor have I ever spent Christmas with them after that phone call. In 7 years, I have had no contact with anyone in my family with the exception of my mum.

While I am lucky to still have my mum in my life, our relationship is not without its difficulties. Since I was a child, I was physically and emotionally abused by her. I spent years in absolute fear of her as well as being manipulated and controlled by her. Even though we have a much better relationship now (she calls me Avery and uses the correct pronouns for me, is accepting of my partner and is majoritively supportive of me), there are still times when she reverts back to her abusive behaviors. This causes the winter holidays to be HIGHLY stressful. I am happy to be able to spend Christmas with my mum, but it is also something that makes me incredibly anxious. She is one of those parents where you never quite know what you’re going to get; sociable and friendly, or controlling and bad-tempered. Last Christmas, me and my partner felt pressured into doing Christmas with her, which turned out to be a massive mistake. Despite my having physical health problems, we were made to sleep on an air mattress on the freezing cold floor in her living room, which ended up making my body hurt so bad I could barely move in the morning. She controlled exactly what we ate and when. She controlled what we watched, with absolutely no input from us. There were periods where she flat out ignored us, and as my mums flat is so tiny the only place we could escape to was the nearby park.

Last Christmas was incredibly difficult for me. It was not just the stress of dealing with my mum, but it was one of those years where being disowned by my family hurt. It was one of those Christmas’ where it felt like I was having a knife twisted into my heart. For the rest of the year, I could mostly ignore being disowned by my family because I’m trans. But Christmas time is always the worst.

I’m incredibly fortunate that I had lovely Christmases growing up. Those ones where you have the great big tree at your grandparents, squeezing as many family members into one house as you could possibly manage, so many Christmas cards that they were strung up all around the living room, presents scattered over every surface, hours and hours of Christmas music… Thinking back to those Christmases hurts bad.

Last year, I also had the added emotions of my partner proposing to me early in December. I was so happy. But after the initial excitement wore off, the pain kicked in. I had no congratulations from my family. No word. Nothing. I watched as a cisgender straight couple I know who are the same age get engaged and have their family and friends throw them a huge engagement party to celebrate. As much as my family was not great, as much as they had said some terrible things, I couldn’t help but miss them.

This year, me and my partner are doing Christmas on our own terms. We’re holding it at our house, with my mum as a guest. We’re cooking what we want to have for Christmas, deciding what we watch on tv, and are set on just having a really chill Christmas. I’m so thankful to my partner who puts in so much effort to give me a nice time during the holidays as he knows how difficult it can be. And now I’m older and have the freedom to decide what to do with my own holidays, I want to speak up about how difficult it can be for trans people. There are so many trans people who are facing their first winter holidays of being disowned by their families, there are so many trans people who are facing the holidays alone, and there are still so many trans people, especially those who are young, who are going to have to endure the holidays with their families using incorrect names and pronouns.

This winter holiday, let’s make a promise to look out for one another. To remind each other that our lives and our identities are valid and that we are loved and accepted by others.  Regardless of what happens, you are never alone. If you are an addict, there are many, many meetings you can take yourself to during the next few weeks. If you are experiencing a mental health crisis, there are people you can talk to and get support from to survive. If you find yourself in a position where you’re having to be confined in a house with an abuser, there are many of us here who knows how that feels and can talk to you. And if it’s your first (or tenth) winter holiday without a loved one, you don’t have to grieve alone for fear of ruining others fun. Losing someone is hard and it’s natural to feel it worse during this time. Whatever is happening with you all, do not close yourself off this holiday. 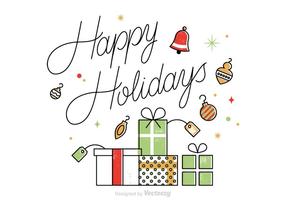 One thought on “Blogmas | Being Trans During the Winter Holidays”