I love reading historical fiction about women’s lives before, during, and after wartime periods especially stories which deal with the new roles being actively forged by women during these times. More often than not history erases the experiences, lives, and contributions of women and these stories are often absent from the history’s which we told. That’s one of the reasons why I love historical fiction so much and one of the major reasons why I fell in love with Amy Trueblood’s ‘Nothing But Sky‘. 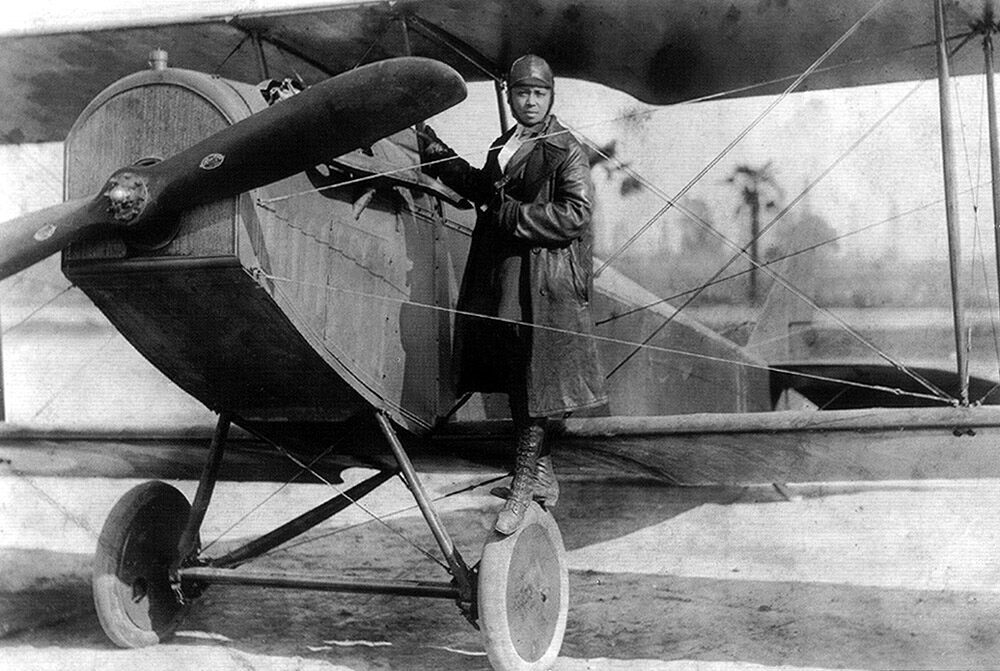 Set in 1922’s America, Nothing But Sky tells the exciting story of barnstorming – a form of entertainment in which stunt pilots performed tricks, either individually or in groups called flying circuses – and which focuses in particular on a female wingwalker called Grace. We join Grace and her barnstorming team, The Soaring Eagles, as they desperately try to raise money for a once in a lifetime chance – to make it to the World Aviation Expo in Chicago and perform for Palm Coast Studios of California for a chance to win a one-year stunt contract with them. But obviously, no journey is ever as simple as it seems and Grace and her team must overcome many obstacles in order to get there.

Grace is very much an untraditional 1920’s woman. She works in a ‘man’s job’, wears trousers and comfy shirts, constantly pushes the boundaries of what wingwalkers can achieve while 500 feet in the air, and gives absolutely zero fucks what anybody thinks about her. I really admired Grace’s daring, resilience, ambition and strong heart. She lived in a world full of men telling her no – no you can’t wear those clothes, no you can’t work with airplanes, no you can’t become a wingwalker – and she never once wavered from her dreams. I also enjoyed that Grace actually underwent a really nice character development. She learns a lot as the story progresses about love, trust, and flexibility. You don’t always have to drag yourself (and your entire team) through the mud without listening to what anybody else wants to get to where you want to go! It was really nice watching Grace grow as a character and actually demonstrate flaws in her personality rather than make her into an absolute ram that never needs help from anybody.

“Men loved to use their height to try and intimidate me. It happened at shows across the nation. Whether they wanted an autograph, a photo, or just a chance to show their distaste for the life I’d chosen, it was a tactic that never worked. I battled rain, wind, and thunderstorms at 500 feet; men didn’t frighten me.”

Grace’s team have such an interesting dynamic that really brought me in and made me warm to the team. With the exception of Grace, the entire team is made up of men including Grace’s Uncle Warren who is an absolute soft bulldog of a man, two young men who fought in World War 1, and a new mechanic who joins after a strange encounter with Grace. There are times when the men can be infuriating, to us and Grace, but I loved how the characters (mostly) work together to help Grace achieve her dream. Each character has a distinct personality and all play interesting roles in moving the story forward.

Although Nothing But Sky is mainly about barnstorming in the 1920’s, this time period is inseparable from the social and cultural aftermath of the war. I loved how Amy Trueblood really brought this period of time alive through her writing as well as exploring how the war affected men and women.

Through the experiences of women like Grace, her best friends, and other famous barnstormers like Bessie Coleman (pictured above), we get to peer into this world of the new ‘modern woman’ and how different women experienced the period. We don’t only get the perspective of women who were pushing the boundaries of gendered roles through aviation, but lives of everyday women who worked in diners and liked to meet nice men at the movies.

Of course, we also meet many men who have been affected by the war such as The Soaring Eagles new mechanic, Henry. After emerging traumatized by what he saw during the war, Henry has been struggling alone with PTSD since returning to America like so many other men. I thought the author did a really good job at depicting how PTSD affected men differently as well as how World War 1 fundamentally changed the roles of both men returning from war and women stepping into new opportunities.

Nothing But Sky was a surprisingly captivating and enjoyable read that builds slowly. I wasn’t too sure at first as I felt like nothing was really happening but before long I got wrapped up in the story as it began to pick up the pace, especially after The Soaring Eagles hire Henry as their new mechanic. As I mentioned before, I really love how Amy Trueblood makes 1922 really come alive in her writing and brings us something new and interesting to read about through the story of barnstorming. In her adorable authors note at the end she explains how she came up with the inspiration to write this book and all of the extensive research she did in order to do the story justice and I really feel like she did. I would highly recommend Nothing But Sky, especially as a perfect summer’s day read!

Thank you so much Flux for approving me to read and review Nothing But Sky via Netgalley for free in exchange for an honest review. This has in no way affected by my review.

2 thoughts on “ARC Review: Nothing But Sky | Female Wingwalkers in 1920s America”