Are there any books you started this year that you need to finish? 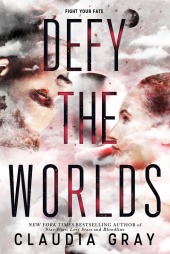 Usually, I’m quite good at abandoning books halfway through but that has not been the case with my ARC of Defy the Worlds. 2 months later I’ve not picked it back up after putting it down but I really need to finish it before the end of the year!

Do you have an autumnal book to transition into the end of the year? 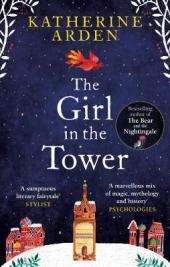 I don’t have an autumnal book but I certainly have a winter one! I bought The Girl in the Tower a month or so ago and have been saving it for December!

Is there a new release you’re still waiting for?

I have no idea what books are being released before the end of the year. I’ve been drowning in 2018 and pre-2018 books, I don’t have time to think about any more books coming out this year haha.

What are three books you want to read before the end of the year?

I keep looking at how little time I have left to sneak in my very long list of books I meant to read this year but didn’t get round to. Apart from the Girl in the Tower (and Defy the Worlds…), these 3 are ones that I definitely want to make time for! If I get time I also want to squeeze in Record of a Spaceborn Few.

Is there a book you think could still shock you and become your favourite book of the year?

I mean… there’s every chance that one of the books I’ve mentioned might become my favourite of the year but at this point, I’m not sure anything will top Red Rising because that book blew me out of the water.

Have you already started making reading plans for 2019?

Since I started back at uni I have barely thought about anything other than my uni work and I don’t tend to make any book blogging plans until nearer the end of the year anyway as it gets me into the new year spirit. One thing I know for sure I’m taking part in though will be Destiny’s January readathon for overdue ARCs because that is the one thing currently making me crash so hard!

And anyone else who wants to do it!