Executive produced by Oprah Winfrey, premiered on the Oprah Winfrey Network (OWN), and starring the brilliant likes of Merle Dandridge, Keith David, and Lynn Whitfield, Greenleaf is an American Church drama series which is guaranteed to kick you right in the feels, leave you stranded on the side of the ride in shock, and then be enveloped in a surprisingly warm (if not suspicious) embrace.

I first watched Greenleaf last year when season 1 aired on Netflix and could literally not stop talking about it. Now that I’ve been left in a trash heap by season 2, and finally have my own #currentlywatching space, I needed to come and talk to you all about this show. 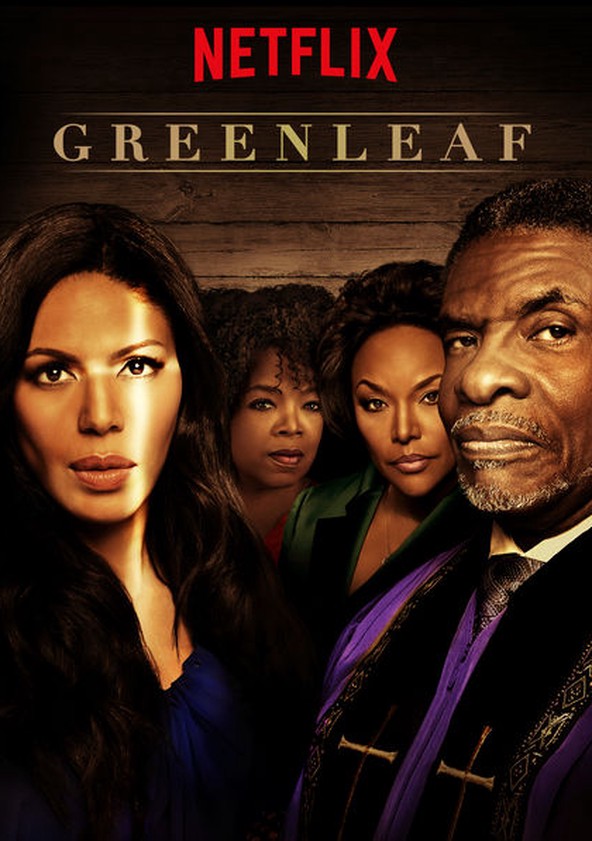 Part of what makes me love Greenleaf so damn much is that it is not afraid to tackle hard-hitting issues and speak honestly about things that happen in the church community. In the first two seasons alone, Greenleaf explores difficult topics like homosexuality, sexual abuse of young girls, alcoholism, emotional abuse and gaslighting, suicide, and physical violence in teenage relationships. These are just some of the issues that come up in Greenleaf.

Time and time again the show continued to surprise me in what it was willing to talk about, how honest it’s depiction was of each thing, and the fact it kept raising these issues throughout the series. There are so many times when shows treat things like homosexuality and sexual abuse as plot tools which only exist to further drama for a few episodes, but I felt like Greenleaf tackled each thing sensitively and in a way that wants to promote discussion within the Church (and wider society).

Oh boy, do I love these characters and there are so many of them that there’s bound to be favourites as well as those ones who just seem to exist to make you grind your teeth (but you still love them in the end because they’re fantastically awful). The Greenleaf family alone has well over 8 members of the family who all live under the same roof and, for the most part, work at their family Church. One thing I majorly respect about each character is that they are real. No one, not even the angel of a main character, is a Mary Sue type. All of them have good parts, bad parts, and some downright awful parts of their personality.

A prime example is the matriarch of the Greenleaf family; Lady Mae (above right). She is absolutely atrocious, self-absorbed and a massive snake who is just waiting to tear your throat out to protect her family and/or boost her own status but she is such a great character. I despise her but love her at the same time.

Another favourite is the star of the show, Grace Greenleaf (above left) who is played by Merle Dandridge. Grace is really the driving force of the show and she is one hell of a complicated character. She is the one who constantly challenges her family, and the Church’s, around sexual abuse of young girls. She is both self-assured, never afraid to speak her mind or stand up for what she believes in, and yet is incredibly vulnerable and trying to rebuild after the death of her younger sister.

For anyone else who has watched the show, I’ve got to mention my love for other characters like Sophia Greenleaf (Grace’s teenager daughter), Basie Skanks, and Bishop Greenleaf. They are just too good and despite all of Basie’s awful, awful, awfulness I can’t help but give in to that southern charm.

Because Greenleaf is so open with the issues it tackles and the prolonged period of time that storylines go on for, it is worth noting that some things may be difficult for viewers to watch/be exposed to. Rape and sexual abuse of young girls is the major theme in the first season, and both seasons 1 & 2 depict homophobia within the Church.

It’s important to be aware of this as the show can be very heavy at times. Personally, I didn’t have any issues with watching the show but my partner couldn’t watch it and I couldn’t even really watch it while he was around at home either. So it’s always best to be prepared ❤

I love, love, love Greenleaf. Season 1 was absolutely stellar and Season 2 blew me away even more, especially with how open it was with tackling homosexuality in the Church. The entire show is full of sneaky people who are constantly out to get each other so it literally had me yelling at the screen at all times of the night and is one of the few shows where I had to binge watch it. The ending of Season 2 just killed me dead and I literally cannot wait for Season 3 which, hopefully, will air later on this year!

Have you seen Greenleaf yet? If so, what do you think of it?
If not, is it something you would be interested in checking out?
Drop me a comment below or tweet me @RedRocketPanda

5 thoughts on “What’s On the Box | Greenleaf”