I got tagged in this Netflix book tag by Kat. A tag that combines both reading and Netflix? How could I say no?!

I’m including two for this because technically the last book that I read was Educated by Tara Westover, but the last thing that I read was actually Saga Volume 4! I’m hoping to type up my review for Educated ASAP because I have so many conflicted feelings about it that I want to share, but Saga, as usual, was perfect and I loved Volume 4.

TOP PICKS: A book that has been recommended to you based on books you have previously read. 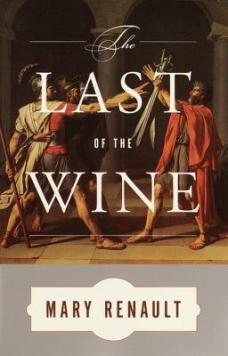 This one is really easy because I did a post last month on how well Goodreads knows me which involved going through the books Goodreads recommended to me based on my various shelves and seeing how many of them I would actually read! One that really stuck in my mind though was The Last of the Wine by Mary Renault which was recommended to me based on my love of The Song of Achilles. One of my colleagues was also talking to me recently about how much they love Mary Renault’s books so I can’t wait to read this one. 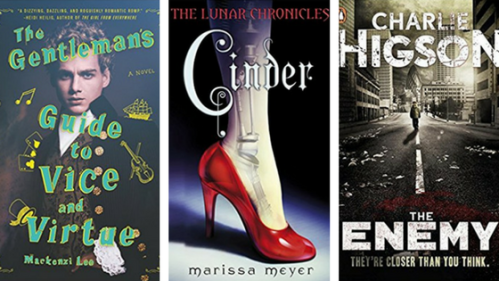 I bought these three practically at the same time during the Kindle Spring sale so I’ll include all three! The Gentleman’s Guide to Vice and Virtue is one that I have been waiting forever to read but didn’t want to pay out lots of money for it as I’m not sure if I’m going to like it or not. Cinder is a book that really didn’t grab my attention at all even though lots of people that I follow seem to talk about it a lot? However, as it was only 99p I thought I might as well give it a try. Lastly, The Enemy is a book that I remember having a look at in a bookshop many, many years ago but have never forgotten it so clearly there’s something about it that really grabbed my attention so it was well worth 99p too.

POPULAR ON NETFLIX: Books that everyone knows about. (2 you’ve read and 2 you haven’t read or have no interest in reading.)

Obviously, I have to pick two of my absolute fave popular books for this one!

Books I haven’t read yet:

Both of these have been on my TBR for a few months now and I even own ACOTAR but still haven’t gotten round to reading either of them. Back when I first started book blogging I stayed away from reading any of the really hyped up books that I saw so many other bloggers talking about, but over the past year, I have been worn down enough to actually want to read them :’)

This one is quite hard because I don’t seem to read anything that’s particularly funny so Lumberjane’s is probably the one that comes the closest as it’s just so light-hearted and always makes me smile.

DRAMAS: A character who is a drama queen/king. 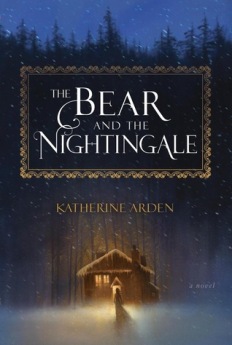 This one was also really tough because I just don’t remember things like after I’ve read a book. I want to say both Father Konstantin and Vasya’s stepmother, Anna, from The Bear and the Nightingale for this one though because honestly… the pair of them definitely are definitely the ultimate drama King and Queen pairing.

ANIMATED: A book with cartoons on the cover.

Considering I’ve already used both Saga and Lumberjanes for other answers I had to do a bit of digging in my Goodreads shelf to find something else. I’m not sure if this counts as a ‘cartoon’ but the illustration was one of the main reasons that attracted me to Things A Bright Girl Can Do!

WATCH IT AGAIN: A book or series that you want to re-read.

I don’t usually reread books but The Illuminae Files is definitely a priority reread for me. I’m about 1/3 of the way through Obsidio and I know I’m going to be so sad when the series is over. I’ve fallen in love with the characters and the layout so much! Plus, as there’s so much going in on the books I’m sure that there are bits that I’ve missed out on during my first read through!

DOCUMENTARIES: A non-fiction book you’d recommend to everyone.

I literally have so many non-fiction recommendations that it’s hard to narrow it down! I really enjoy reading non-fiction and there have been some excellent books that I’ve read (n/b I haven’t yet read Black & British but it’s so important I’m including it here). Both Black & British and Trans Britain are hugely important for similar reasons. As someone who studied History at university, I was sick to the back teeth of people, especially lecturers, giving shitty excuses as to why their curriculum was ‘pale, male and stale’. The main excuse always being that those people either didn’t exist or not enough literature had been written about it… I’m so glad both of these books exist to put their respective marginalized communities back onto the historical map and fight such erasure.

The Radium Girls was one of my top reads for last year and it was a Goodreads choice awards winner! It’s a fantastic book which uncovers the heart-wrenching suffering of ‘America’s shining women’ who were robbed of justice for so long. Their story is an amazing one which I think everyone should read if they can and Kate Moore did a fantastic job of bringing their story to light.

ACTION AND ADVENTURE: An action-packed book.

I loved all three of these books and the action throughout always kept me on the edge of my seat and constantly guessing!

NEW RELEASES: A book that just came out or will be coming out soon that you can’t wait to read.

Neither of these choices should come as any surprise because I have been talking about them since December! I’m so excited that they’re both being released for my birthday month and, fingers crossed, I will be getting them both for my birthday!